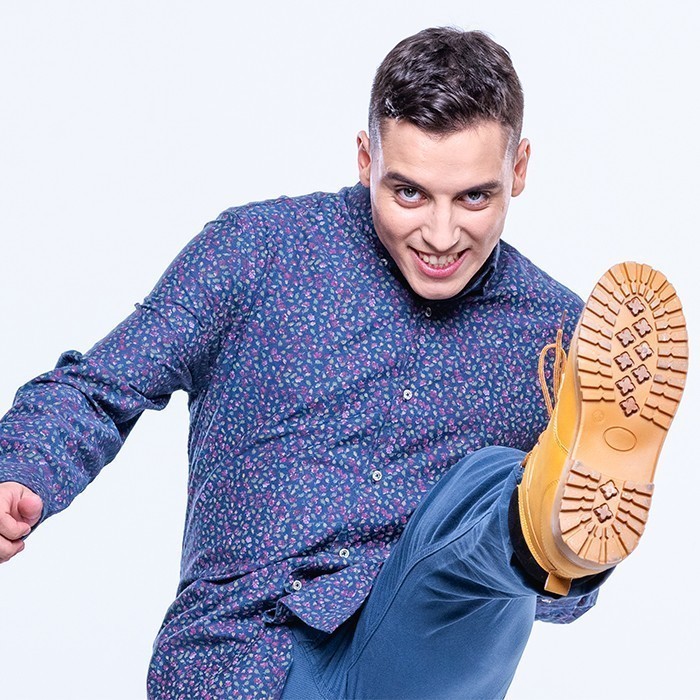 Miły Pan is a stage name of Piotr Kołaczyński, a singer born in 1996 in Warsaw. His music journey began at 17 when he started creating music for himself and some of his closest friends. The breakthrough came during his performance at DISCO STAR when he presented his song KRÓLOWA for the first time. He did not win anything in the show, but what happened afterwards was even better than winning it. In September 2018, Miły Pan signed a record deal with LEMON RECORDS, and when his video clip for KRÓLOWA reached 4,000,000 views on Youtube, the Internet flew into a rage. His fans accused the judges on the show that they were sight and hearing impaired because they did not let their idol through to the next round. KRÓLOWA is climbing up on radio hit charts (Vox, WAWA) as well as on TV (PoloTV, 4FunTV), the number of views on Youtube is growing by the minute, and Miły Pan’s event calendar is getting full.